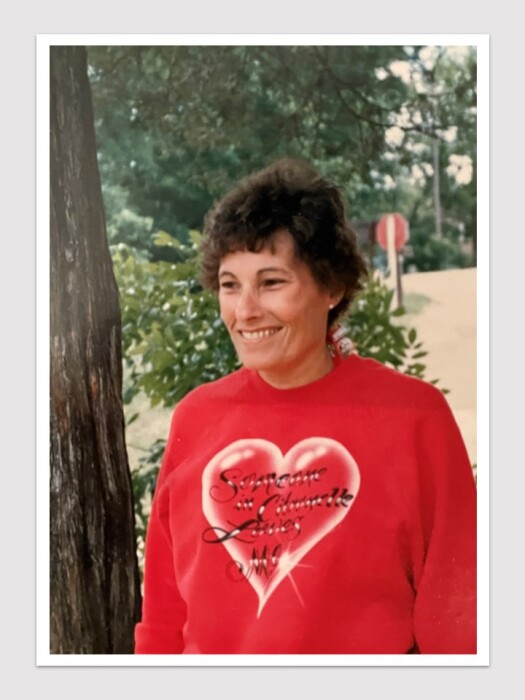 Nina Frances Fish of Alexandria, Virginia, and previously Chesterfield, Missouri, went home to God on the morning of Thursday, April 14, 2022.  She was 86 years young.  She leaves a rich legacy of love and caring to all of her family and friends, who will never forget her compassionate heart, beautiful smile, and loving hugs.

Nina (LaRoe) Fish was born on December 29, 1935, in Plainfield, New Jersey, to John Edward LaRoe and Ruth (Brittain) LaRoe.  Nina grew up on a small farm in Dover-Foxcroft, Maine, with her late sister, Marjorie (LaRoe) Woodard.  She graduated from Dexter High School and Eastern Maine School of Nursing.  After working as a nurse in southern Illinois, she obtained a Masters of Social Work degree from St. Louis University.  She then worked for decades in hospice work in the early years of the hospice movement in the United States.  She helped countless people during a most difficult time in their lives, and provided enduring support, comfort, and care to patients and their families all across the St. Louis metropolitan area.  She was named Missouri Social Worker of the Year in 1983.

On August 16, 1986, she married George A. Fish, becoming the proud stepmother of now-Pastor Darrin (Brandi) Fish, and overjoyed to be the grandmother of George Fish, Jr., Casidy McCoy, and Sarah Fish, and Great Grandmother to Georgia Fish and Alexzander Demotte.  Nina and George were active in St. Mark Presbyterian Church in Ballwin, MO, helping to grow the Businesspersons Between Jobs ministry there, along with many other activities and service projects.

A service of celebration and remembrance will be held for Nina Fish on Saturday April 23 at 10:00 am (EDT).  The service will be at Aldersgate United Methodist Church, 1301 Collingwood Road, Alexandria VA. 22308.  The service will also be live-streamed on the church’s Facebook and YouTube pages.

The family asks only that prayers of thanksgiving for Nina’s life be given.  Donations could also be made to the following charities: