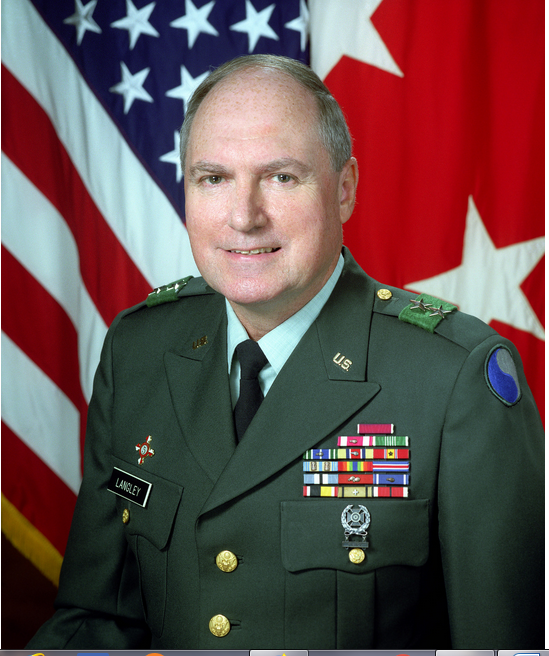 We are sad to announce that on Friday, August 26, 2022 Major General Joseph Harry Langley Jr. (USA-Ret), passed away at the age of 80 after a lengthy and courageous battle with cancer.

He was born in Philadelphia PA and moved to La Plata MD at a young age and attended both Sacred Heart Elementary School and Archbishop Neale High School.  After graduating from Archbishop Neale in 1960 he went to work at the Naval Ordnance Station Indian Head MD where he entered a training program and earned an Associate Degree in Engineering Technology. He worked as a Machinist, Production Controller, and Engineering Technician before moving to the Naval Sea Systems Command Headquarters where he continued his career as a civilian in the Department of Defense and retired in 1995 as Director, Program Support Division for Surface and Area Anti-Air Warfare Systems.

Concurrently with his civilian career MG Langley pursued a Military career spanning over 36 years that included assignments in the Active Army, Army National Guard, and U.S. Army Reserve. General Langley enlisted in the Maryland National Guard and joined the 29th Infantry Division as a Private in Company D, 121st Engineer Battalion, La Plata MD in 1960. After serving as an enlisted member for four years he completed Infantry Officer Candidate School, Ft. Benning GA, and was commissioned a Second Lieutenant. He held Command positions within the 29th Division at every level including Company, Battalion, Brigade, and Assistant Division Commander Support.  He was promoted to Major General and assumed the duties of Commanding General of the 10,500 member 29th Infantry Division (Light) in December 1992.  He served in that capacity until his retirement in July 1996. General Langley obtained a BS degree in Political Science from the University of the State of New York, and also completed the Army’s Senior Service College, the Army War College in Carlisle, PA.  Following his Army retirement General Langley worked as a Consultant and Contract Manager for a Defense Contractor until he fully retired in January 2000 and established part time residency in Sun City West, Arizona.

His love of flying led him to be a licensed Private Pilot. He enjoyed playing golf, watching his beloved Redskins play football, hiking the Grand Canyon, and frolicking in the Atlantic Ocean in Ocean City Maryland, with his children and grandchildren.  He also enjoyed writing poetry and designing greeting cards using both his poetry and his photos.  He was a big fan of Bluegrass and traditional Country Music with Merle Haggard, George Jones, Waylon Jennings, and Willy Nelson among his favorite artists.

Highlights of his many lifetime achievements include being a Military Leader, a Senior Government Manager, and a loving and devoted Husband, Father, and Grandfather.

A family celebration of life will be held at a future time and place to be determined. The family asks that any donations be made to the American Cancer Society. 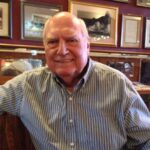