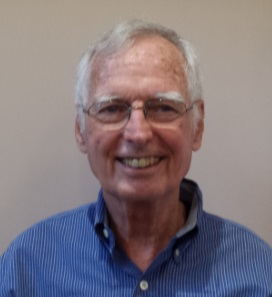 John W. Clark, age 81, died at home in Annandale, VA on Sunday, December 1, 2019. The cause of death was multiple myeloma. John was born in Gary, Indiana. He attended Indiana University, earned a B.S. degree, and then graduated in 1963 with a Doctor of Jurisprudence.  He entered the Judge Advocate Generals Corp and, after training that included learning to drive a tank, was stationed at Fort Rucker, Alabama. Completing his military obligation in 1967, he joined the U.S. Justice Department, Antitrust Division, and worked there over 27 years, earning the respect and friendship of many colleagues. He was responsible for filing numerous antitrust cases in industries including metals, heavy machinery, and health care. John received the President's Award for Distinguished Federal Civilian Service and rose to the position of Deputy Assistant Attorney General, supervising all civil and criminal antitrust investigations and litigation.  From January to June 1993, he was Acting Assistant Attorney General in charge of the Antitrust Division. He retired from the Department in 1994.

After his retirement, a surprising opportunity arose in an offer to work in Paris, France at the Organization for Economic Cooperation and Development, Competition Law and Policy Division of DAF (the Directorate for Financial, Fiscal and Enterprise Affairs). John worked on both OECD member and non-member country concerns and travelled extensively in the former Soviet Union and its Republics in Eastern Europe.  With member countries, John concentrated on enhancing international cooperation to improve the substance and enforcement of competition laws and policies.  His non-member country work focused on establishing competition law, policies and procedures.

John and his wife Susan lived in Paris for a glorious 2 ½ years, came home for four years during which time their four grandchildren were born, and returned to Paris for another 2 ½ years. After returning home in 2003 and few more years as Consultant to the OECD, he actually retired.

John had many interests. He traveled extensively, both for work and for pleasure. He once said that he had visited 52 countries. As an active member of Peace Lutheran Church, he was treasurer for a number of years, served on council and led the Peace for the Future fund drive. He also sang in the choirs of Peace Lutheran Church and in the Northern Virginia Community Chorus. He and Sue bought the shell of a cabin, had it installed on their property near Berkeley Springs WV, and spent many, many weekends working on it. He gained great respect for plumbers and carpenters as he learned those skills.  He was an avid runner for years, and did well in many races, including the Cherry Blossom 10 miler in 1985. He kept up with current events, politics, and all sporting events by reading the newspaper daily and by following the Nationals as the team won the World Series.

Family was so important to John. He arranged for an acknowledgement of his and Sue’s 50th wedding anniversary from the Obama White House. College graduation gifts for their children, Michael and Jean, were trips to the Grand Canyon and Grenada, and each grandchild, upon turning 12, went on a special vacation with Sue and John. He loved and supported us all, without limit.

In lieu of flowers, memorial gifts may be sent to Peace Lutheran Church for Peace for the Future, a fund supporting community outreach, worldwide service and capital improvements.