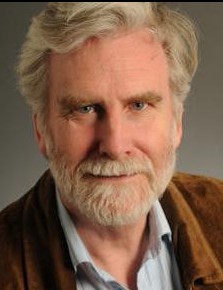 Andrew Jonathan Hughes Hallett passed away at home on 31 December 2019, surrounded by family after a long and stubborn fight with cancer. Never one to give in easily, he spent the last seven years since diagnosis lulling family, friends, and the medical community into believing he was invincible. It would have amused him to think that he went out with a bang – literally, as he timed his exit to coincide with the start of the new year celebrations.

Andy dedicated his life to his family, economics, and Ph.D. students. He was born on 1 November 1947 in London to Vice Admiral Sir Charles and Lady Joyce Hughes Hallett. Following in his father’s footsteps, Andy enjoyed a brief foray in the Navy. Perhaps ‘enjoyed’ is not quite the right word, as he quickly discovered that being told what to do was not for him. Instead, he settled into a life of learning and academia; graduating with a BA (Hons) in Economics from the University of Warwick in 1969, an MSc (Econ) from the London School of Economics in 1971, and was awarded a DPhil in Economics by the University of Oxford in 1976.

Andy made his name professionally as an economist with interests in international economics and policy, and in fiscal governance and monetary affairs. Andy began his academic career at the University of Bristol (1973-1977) before moving to Erasmus University (1977-1985) and Newcastle University (1985-1989). In 1989, he was appointed Jean Monnet Professor of Economics at the University of Strathclyde, a post he held until 2002 when he became Professor of Economics at Vanderbilt University. Andy returned to Scotland in 2007, taking a position at the University of St Andrews, and was simultaneously appointed as a professor at the Schar School of Public Policy at George Mason University the same year. Despite a full workload, Andy apparently considered himself underutilized, so he added positions at Kings College, London, and the Copenhagen Business School to his portfolio in 2016. Throughout his career, he also held visiting positions at Princeton University, Harvard University, Cardiff University, Free University of Berlin, and the Universities of Rome, Paris, and Milan. He was a fellow of the Royal Society of Edinburgh and a longtime consultant to the European Commission, European Central Bank, International Monetary Fund, the World Bank, and the European and Scottish Parliaments.

In parallel, Andy was heavily involved in the development of macro-economic policy, with a particular focus on Scotland. He served as a member of the Scottish Council of Economic Advisers from its inauguration in 2007 until after the 2014 Independence Referendum. He was a Commissioner of the Scottish Fiscal Commission (2014-2016) and sat on the Scottish Growth Commission (2016-2019), which was charged with designing an economic framework and supporting policies for an independent or financially autonomous Scotland.

Marrying in July 1982, Andy is survived by his wife Claudia, his three children, David and his wife Kate, Jim and his partner Vanessa, and Nicola and her partner Mark, as well as his sister Deborah. As an economist, Andy often declared that his children had not yet shown a positive return on investment, but past performance is not an indicator of future success. Despite his extensive and successful career, he always ensured he took time to spend with his family. He instilled his love of travel in his children from a young age, often bringing them along on work trips. Starting at the age of eight, David was introduced on the conference stage as the co-author of a paper, Nicky provided entertainment during a recruitment event in the form of cartwheels in the conference room, and Jim received an official pass at the Reserve Bank of Australia as a research assistant. He also established a tradition of taking each of his children on trips around the world with the intent of exposing them to new cultures, educating them on world history, and giving them an opportunity to meet his other family members, his Ph.D. family.

Despite an initial prognosis of 22 months, in his typical stubborn fashion, Andy refused to accept this and continued to live life to the full for an additional seven years. During this time, he set himself the task of visiting as many islands as he could. This included braving the winter cold in Iceland, a trip to Tonga where he almost got stranded on a volcanic beach, exploring a potential move to Australia, and an expedition to the botanical gardens in Hawaii. Due to a misunderstanding about closing times, escape from the botanical gardens with Claudia required scaling a 6-foot fence. Perilous escapes seem to be a reoccurring theme having honed his skills in the ’90s when he and David got lost in the Carlsbad Caverns in New Mexico, requiring an adventurous escape in the dark.

After family, his three greatest loves were travel, music, and history, which he managed to combine in a journey to find Robert Johnson’s famous crossroads, the spiritual home of the blues.

While he might have seemed intimidating on first meeting, many of his former students and colleagues noted how open and welcoming Andy was. For many years there was a quotation pinned to his office door: “A mathematician is a machine for converting coffee into theorems”. Although in Andy’s case, perhaps the coffee could easily have been swapped for a good beer (Belgian, for preference) or a nice single malt. He also maintained that all his best ideas came to him in the pub, or in the shower.

Andy often commented that his extensive family of Ph.D. students was his greatest legacy in economics. His students have gone on to many and varied roles, influencing economic research, academic advancement, political and government policy, and business. Whilst chosen for their academic strengths, his students also had to show a strong aptitude for selecting suitable pubs or slices of cake, and a working understanding of the perils of the Comfy Chair! In the spirit of the above, one of his final Ph.D. students defends her work early in 2020, and Andy spent his last weeks supporting her academic progress.

It was Andy’s wish to see Post Graduate work in economics continue, and so in honoring his life work and combining Scotland, economics, and Post Graduate study, he and his family have endowed the Hughes Hallett Scholarship for Research in Applied Economics in conjunction with the St Andrew’s Society of Washington. D.C.

The family will be holding a private service to remember Andy. A celebration of his life will be held in Scotland and another in Virginia. Both are planned for April 2020. Further details will be provided in due course.

The family has asked that in lieu of flowers or other contributions, donations to the Scholarship Fund would be gratefully received via the following link: https://www.gofundme.com/f/hughes-hallett-scholarship-fund