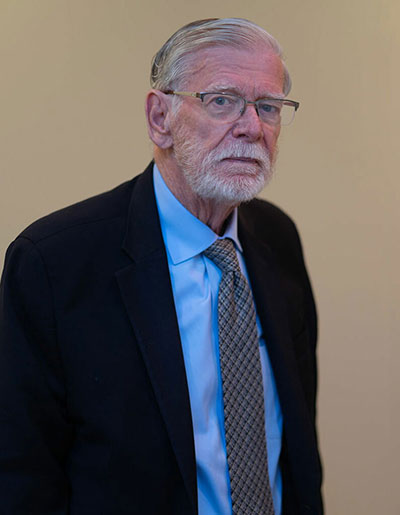 After graduation from high school, I joined the United States Navy and served three years. Following my service in the Navy, I entered funeral service in 1962. After serving a two-year funeral service apprenticeship in Virginia, I attended the Cincinnati College of Mortuary Science and graduated with honors. I returned to Virginia and received my license as a funeral director and embalmer. I returned to Cincinnati and obtained a degree, in chemistry, from the University of Cincinnati. At that time, I worked for US Industrial Chemical Corporation in their research and development laboratories. I was transferred from there to Houston, Texas, where I worked as a chemist and supervisor in an analytical chemistry laboratory in a large industrial chemical complex. After two years in Houston, I returned to the Washington, DC area and obtained another degree from the University of Maryland in 1972. While attending Maryland, I worked full time for Metropolitan Funeral Service in Alexandria, Virginia. Following graduation from Maryland, I was offered a job as manager of the Pearson Funeral Home in Falls Church, Virginia. A number of years later, I took a job working as Assistant to the Director of the Navy and Marine Corps Mortuary Program at the Bureau of Medicine and Surgery in Washington, DC. One of my primary duties was to visit with families of sailors and marine repatriated from Korea and Southeast Asia to explain how they were recovered and identified. When my job relocated to Great Lakes, Illinois, I was offered a job working for Northern Virginia Funeral Choices in Chantilly, Virginia, which later became Funeral Choices of Chantilly. I worked there both as an employee and manager. In 2005, I was offered a job working for the Marine Corps in Dover Delaware, as Program Manager for the Navy and Marine Corps Disposition of Remains Program. I stayed at Dover through 2012 when I left due to a medical illness. During that period of time, I met with over one-thousand families that lost a loved one in the Iraq and Afghanistan War. After a number of years, I returned to Funeral Choices in Chantilly, Virginia. As a funeral director, my most important goal has been to provide the highest level of support and care for those family members that lost a loved one through death. This is the time when families are in their greatest hour of despair. It is the time when funeral directors must be empathetic, compassionate, and understanding of a family loss. For me, my greatest joy has been helping those family members during this hour of need. My most unique skill is age and wisdom. There is no greater joy in the world than your children.